I started my working life as a community worker. Thereafter, I worked as a social worker. From 1996, I worked as an area manager for Children’s Services, commissioning and developing programmes to benefit children, and managing budgets and staff.

In 1994, I took a Master’s degree in Child Protection (Safeguarding), which included three years of clinical work with families at the Tavistock Centre in London. I have trained a variety of professionals in safeguarding, from hospital doctors and GPs to teachers, student teachers, and nursery nurses.

I have been a governor since 2006 and was elected to the role of chair in 2012. Before I moved to Dent, I was on the governing body of a lower school in Bedford and, for four years, chair of that body.

I am married with three children, two stepchildren, and seven grandchildren. In my spare time, I enjoy spending time with my family and friends. I am a member of a book club and a voluntary car driver. I also enjoy dining out and gardening.

I moved to Dentdale two years ago with my husband. We have enjoyed becoming active members of St Andrew’s church.

I graduated from Royal Holloway College, London, in Chemistry. I did a PGCE at Warwick University specialising in Secondary Science. Following this I taught in an 11 – 18 comprehensive school in Leamington Spa followed by 2 years in an independent girl’s school.

I was a supply teacher in a number of schools in Wells, Glastonbury and Street and continued to bring up our three children. During this time, I took a part time RSA Diploma in Specific Learning Difficulties.

At Wells Cathedral School, I taught Maths to year 9 and gave 1:1 help with dyslexic students. I also set up some small groups in Maths in the junior school, helping children who were falling behind. I was also asked to re-write the RS course for years 3, 4 & 5. This important challenge involved working with the diocesan education department, which I found stimulating. I subsequently taught RS for 3 years.

My last professional post was Head of Learning Support at Downside School near Bath, teaching year 5 to year 13 on a 1:1 basis with pupils having a variety of additional needs.

Having retired, I now spend my time gardening, reading, sewing & knitting. I am a member of Cumbria Wildlife, I enjoy walking and Scottish country dancing.

Helen Corpe (Foundation Governor)
I was born and schooled in London and moved to Dent in 1990.

I joined the Prison Service in 1997 and have worked with 15-18yr old Juvenile male prisoners, 18-21yr old male Young Offenders and currently work with Adult male prisoners in the Category D Open Estate. I was promoted to Senior Officer in 2005 and have worked at HMYOI Lancaster Farms, HMYOI Hindley and HMP Thorn Cross. 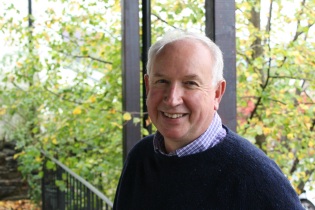 I have lived in Cowgill since 2004 and am an active member of the Dent-with-Cowgill PCC.

Throughout my career I have always been passionate about and involved with skills development and professional training. I have been active in promoting in-company adult training, and have championed successful workplace skills and learning initiatives with Investors in People (Gold) and Customer First accreditations.

My career in the shipping industry started with a cadetship as a Navigating Officer. Shortly after completion of my professional sea-going qualifications, I took a degree in Maritime Commerce, and, later, an MBA at Cranfield.

Over the past 35 years, I have held various leadership positions in the UK and abroad. My last corporate role was running the UK business of the world’s 3rd largest container carrier. Since 2012, I have consulted extensively across a number of industries.

I enjoy walking the Dales with my dog, am treasurer of St. John’s church, Cowgill and am member of the churchyard maintenance team.

Andy is a Chartered Building Surveyor with an MBA in Construction and Real Estate, and is currently the Associate Director of Estates at Leeds Beckett University, with responsibility for the management of the University’s buildings and grounds, landlord and tenant relationships and sustainability. He has previously acted in three separate Governor roles at both primary and secondary schools.

Andy and his family moved to Dent in March 2021 and his daughter attends the school.

Outside work, Andy enjoys mountain biking and walking in the beautiful countryside around Dent.

Valerie Gornall is a parent of three children, two of whom are pupils at the school. She is a life-long farmer and works in the insurance industry for NFU mutual.

Becca is an ordained Church of England minister who currently works as the Pioneer Minister in the Western Dales Mission Community. Ordained since 2010, Becca was a Team Vicar in Cambridgeshire where she was on the governing body of her local primary school, before moving with her family to Dent in July 2020. Married to Rich, she has two children who attend the school.  Becca regularly leads lively and interactive Whole School Worship, although to dat this has had to be via Zoom and videos!

John Ashton was born and raised in Liverpool , studied medicine in Newcastle upon Tyne and after some years as a psychiatrist and family doctor in Northumberland and Hampshire studied Public Health at the London School of Hygiene and Tropical Medicine before returning to his home city .

John and his wife Maggi have lived in Dent since 2002 and have six sons between them.

John has previously been a board member of a variety of public and voluntary bodies including the cubs, state schools, a housing association, the Merseyside Fire and Rescue Charity and he has chaired an urban regeneration organisation in Liverpool.

He has a particular interest in the historic trading links between  Dent, Garsdale, and Sedbergh and Liverpool and the Dales farmers who set up piggeries, dairies  and slaughterhouses and grazed their sheep on the city parks in Liverpool from the nineteenth century . He is an advocate of outdoor education.